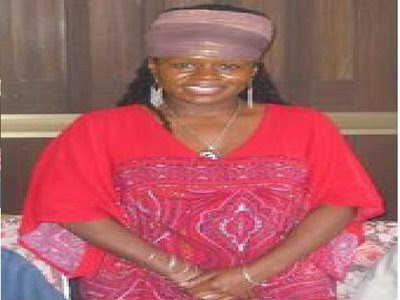 Reflective members of Voice of Africa Radio's listening audience have a lot to think about as the Christian 2009 New Year season kicked in, as the taboo-busting broadcaster Esther Roniyah Stanford-Xosei of the Pan African Reparation Coalition in Europe (PARCOE) launched the 'holiday' season with the talk show topic 'Who was Jesus?', posing questions such as 'What is the Origin and Meaning of Christmas?'

She then closed the holiday seasons series with the 'Ghana Presidential Election results' and 'What has the conflict in the middle East got to do with Africans?'

The latter topic, fresh on the minds of the recent Israel-Palestine war drew wide-ranging perspectives from Pro-Palestinian and Anti-Israel to pro-Truth by Dr. Ahtur Khazriel Ben Yehuda, Directorship of the Holy Jerusalem Writers' Conference, recently convened in Dimona, Israel.

'Voice of Africa Radio' is the UK's first and only licensed African radio station broadcasting on 94.3FM and http://www.voiceofafricaradio.com/.

States Sister 'Ekua' (her radio programme name):
'Africa Speaks' is always broadcast live and is designed to promote reasoned dialogue (rather than debate) on some of the most pressing issues of our time. I also pride myself on the fact that the 'Africa Speaks' show which I present serves as being a conversational call to action which promotes community dialogue, enlightened scholar activism, astute analysis and problem solving from a Pan-African as well as internationalist perspective."

Sister Ekua, so also conceives the ideas for the programme does most of her own extensive research, produces and presents the show; said that she could not let this season pass without challenging our people to think about the roots of the festivity that they have embraced as their custom.

To stimulate the discussion for the 'Who was Jesus?' show, she had as discussants The African-Caribbean Elder Rev. Hewie Andrews of the Methodist Church and founder of the Queen Mother Moore Saturday School and Sister Yishibah Baht Gavriel-Curator of the African Edenic Heritage Mobile Museum (London) and Founder of the 'Yeshua 2000 Campaign-Jesus is Black' launched in Bristol in 1999 to counter the impact of the then millennium celebrations.

The Campaign was made into a documentary by a local television station. The two guests dialogued on the subject as Sister Yishibah asserted the historical and Hebraic account of Yeshua and his message, while the Reverend Hewie wrestled with the contradictions and inaccuracies of the theological confabulations.

Audience phone-in contributions brought a challenging dynamic dialogue with learned callers from as far as Accra, Ghana, outlining the role of the Catholic Emperor Constantine and his pagan origins grafted on to the 25th December Sun God worship.

Sister Ekua stressed that this medium of radio has a critical role in redemptive and regenerative Truth-centered dialogue and raising the geo-spiritual consciousness of African people worldwide. The only such radio discussion show in the British Isles, Sister Ekua is leading the way with her pioneering radio show.
Posted by KNN-AHTUR KEYMAH at 8:22 AM 2 comments:

Swearing Now the Blight of Britian

"This sort of language is damaging our culture and the way we speak to each other. Children as young as four, five and six are copying it and it is undermining our language. There is no place for unnecessary swearing on television."

Swearing has become the curse of modern British life, with the vast majority of us no longer offended by bad language, according to shocking new research. Influenced by television, more than nine out of 10 adults now admit to swearing every day. And those who do not are often too fearful to challenge those who do.

The average Briton now swears a staggering 14 times a day, with 90 per cent of the adult population no longer fazed by the use of expletives. Our behaviour is heavily influenced by the increased use of bad language on television, say critics.

They want the Government to tighten controls. Broadcaster Esther Rantzen said last night: “Every body would agree that there is too much swearing on television and something has to change.”

Esther, who is patron of the Campaign for Courtesy, added: “It is becoming ludicrous and banal. We don’t want society to go that way too.” Chef Gordon Ramsay and controversial presenter Jonathan Ross are among the worst culprits.

And just last week chef Jamie Oliver had to apologise for swearing during an episode of his Ministry of Food series. He used the F-word no fewer than 23 times in 50 minutes.