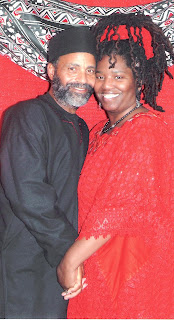 Attention Saints & Friends of the Kingdom of Yah!
On behalf of the Brothers and Sisters on the Move on the Southern Region, we humbly invite you to enjoy a divine evening in royalty and elegance at this year's'
Red & Black Affair'.
It will take place Mohtsai Shabbaht (Sat. night) December 13th, 2008, from 9:00 PM-until at the Return to Royalty Banquet Hall located at the Soul Vegetarian Restaurant South (Atlanta, Georgia).
For more information call (404) 752-5194
Sponsored by the Brothers and Sisters on the Move
Posted by KNN-AHTUR KEYMAH at 10:48 PM No comments: 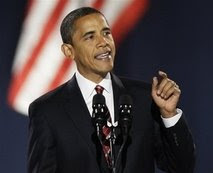 Democrat Barack Obama was elected the 44th president of the United States on Tuesday, making history by becoming the first African American to win the post and completing a stunningly rapid rise to power.

A win in California put Obama over the top, giving him 55 electoral votes — enough to surpass the 270 needed to defeat Republican John McCain and claim the presidency.

Obama, 47, called for a renewal of the American spirit and spoke directly to McCain supporters.

Only four years ago on election night, Obama was a newly minted U.S. senator-elect after serving for eight years in the Illinois legislature. Now he holds the title of president-elect.

Cloning From the Frozen Dead

Scientists in Japan say they have successfully cloned a mouse from a body that had been frozen for 16 years, theoretically opening the door to a range of possibilities from preserving endangered animals, to resurrecting extinct animals to cloning Ted Williams.

The authors of the study made no bones about what they believe the implications of their work could be.

"It has been suggested that the 'resurrection' of frozen extinct species, such as the woolly mammoth, is impracticable, as no live cells are available, and the genomic material that remains is inevitably degraded," wrote the authors in the Monday edition of the Proceedings of the National Academy of Sciences.

But the researchers say they got around the dead tissue issue by adapting new fertilization techniques for damaged sperm into a cloning technique for damaged frozen tissue. The authors of the study concluded these "techniques could be used to 'resurrect' animals or maintain valuable genomic stocks from tissues frozen for prolonged periods without any cryopreservation."

See: Cloning From the Frozen Dead
Posted by KNN-AHTUR KEYMAH at 9:45 AM No comments:

US to Hold Historic Election Tomorrow

The US presidential candidates have begun making their final pleas for votes during a hectic last day of campaigning that will see them make a frantic dash across key battleground states.

Barack Obama, the Democratic candidate who has retained a lead in most opinion polls, was set to hold rallies in Florida and North Carolina before ending his campaign with a final event in Virginia.

Obama leads McCain in six of eight key battleground states, including the large states of Florida and Ohio, according to a series of Reuters/Zogby polls released on Monday.
Posted by KNN-AHTUR KEYMAH at 9:25 AM No comments:

Sexual content on TV is linked to teen pregnancy

Teenagers who watch a lot of television programs that contain sexual content are more than twice as likely to be involved in a pregnancy, according to a study published today in the journal Pediatrics.

Researchers from RAND Corporation surveyed about 2,000 adolescents, ages 12 to 17, nationwide in 2001 about their television habits and sexual behavior. Researchers focused on 23 programs popular among teenagers that were widely available on broadcast and cable TV. The shows included dramas, comedies, reality programs and animated shows. Sexual content was defined as depictions of sex as well as dialogue or discussion about sex. The participants were surveyed again three years later. About 700 said they had engaged in sexual intercourse by the third survey.

Parents should consider limiting their teen's exposure to sexual content on TV, said the study's lead author, Anita Chandra, a behavioral scientist at RAND, a nonprofit research organization. Television producers should consider more realistic depictions of the consequences of sex in their scripts, she says, noting that there is little content on the consequences of unprotected sex. About 1 million adolescents become pregnant each year in the United States.
"Adolescents receive a considerable amount of information about sex through television and that programming typically does not highlight the risks and responsibilities of sex," said Chandra, in a news release. "Our findings suggest that television may play a significant role in the high rates of teenage pregnancy in the United States."
-- Shari Roan
Posted by KNN-AHTUR KEYMAH at 9:03 AM No comments: