By Dr. Baruch
The recent study on the correlation between diet and behavior in one set of identical twins, showing a dramatic increase in IQ test results and decrease in discipline problems in the twin on an additive-free diet, is only the latest in a series of similar studies. Dr Bernard Gesch, a research scientist in physiology, carried out a Home Office-backed study on inmates at a maximum security facility in Aylesbury which had dramatic results: among those inmates on a regime of dietary supplements, serious disciplinary offences (including acts of violence) dropped by 37% - once the study was concluded and the prisoners returned to their usual diets, the prison staff reported a rise in violence against them of 40%.

During his presentation to the Associate Parliamentary Food And Health Forum (FHF) regarding the Aylesbury experiment, Dr Gesch outlined nine previous studies by a number of researchers on both sides of the Atlantic drawing strong relationships between diet and behavior in prison or school situations dating from between 1976 and 2003 - not one of which was funded for follow-up. He also points out that the diet of the general population has changed dramatically over the past few decades from fresh whole foods to highly refined and processed packaged foods - it is also worth noting that our intake of animal products is drastically higher than it was before WWII, and at the same time livestock has become more exposed to chemicals (herbicides, pesticides, antibiotics, etc.) than ever before, leading to unprecedented levels of
pollution of groundwater in both Britain and America; at the same time, levels of physical activity have dropped alarmingly. Dr Gesch lists in his presentation the many deficiencies in trace elements detected in the offenders at Aylesbury.

Dr Joseph Hibbeln5 followed Dr Gesch's presentation by pointing out that
the change in diet has resulted in dramatic changes in the ratio of
Omega fatty acids consumed by Americans, and that the intake of these
essential fatty acids is crucial to the formation of the brain. In
other words, the formation of every system and function of the body is
affected by diet, and the average western diet is not only lower in
nutritional value than it was a few decades ago, but even the
healthiest diet is lower in nutrients due to the rapid deterioration of
topsoil in the age of industrial farming. Dr Hibbeln referenced five
major studies on links between food and behavior, and added that Dr
Gesch's conclusions were in line with cross-cultural epidemiological6
and long-term studies on links between diet and behavior, and with the
known 'neurochemical mechanism(s) related to violence and impulsive
behaviors'.

To make matters worse, heavy drug use can have an adverse impact on the
absorption and retention of nutrients, and many prisoners either have
drug problems on entering the prison system or acquire one once inside.
Further, Dr Gesch's Aylesbury study points to poor dietary choices made
by prisoners, which perhaps points to a general lack of awareness about
nutrition among prisoners (disproportionately drawn from poorer sections
of society due to a number of factors), and may indicate that the
general public is not as well educated on diet as is usually assumed.
The influence of food advertising, especially during childhood (the
crucial period for the physiological impact of nutrients), may well
play a significant role in the dietary choices made both by prisoners
and the general public.

As seen in the FHF presentation, Gesch and Hibbeln are not alone in
their conclusions. The nine studies Dr Gesch cited and the five
specific studies cited by Dr Hibbeln are only part of the growing body
of evidence since the 1970s that strongly supports a link between diet
and behavior. In 1997, The Sunday Times referenced several studies on
the correlation between low levels of zinc and anti-social behavior and
ADHD. Similarly, links between fatty acids, dyslexia, and behavioral
problems such as ADHD were found by researchers from Oxford University
and London's Imperial College School of Medicine during a study on
children with dyslexia and behavioral problems in Northern Ireland.
Prof. Ian Town of Christchurch School of Medicine and Health Sciences
in NZ is currently conducting a long-term study of the role of iron
deficiency in behavior, and, as a result of a study on the link between
diet and behavior in schoolchildren by Dr Charles Pollak7, the Scottish
Executive is rethinking its policy on school lunches. Initial research
into the effects of diet on aging show that a poor diet in early life
leads to an inability to use anti-oxidants, and so to early aging and
death in animals; further research will be undertaken to determine
whether the same holds true in humans.

Obviously, diet is not the sole cause of anti-social or criminal
behavior - there are many factors involved. But it does seem clear that
behavior, mental health, and the development of cognitive functions and
impulse control are directly and drastically modified by diet.
Given the Composition of Food’s (FSA) own survey of the bioavailable
nutrients in food compared with 70 years ago, the increased reliance on
processed and refined foods, the dramatic fall in consumption of Omega
fatty acids, and the available studies on diet and behavior, it would
be wise for those in the affluent global north to take serious stock of
dietary trends and habits - and their consequences.
Posted by KNN-AHTUR KEYMAH at 10:21 AM No comments:

General News of Saturday, 13 May 2006
In exchange, descendants of slaves could get lifetime visas or dual citizenship ACCRA, Ghana (Chicago Tribune) - Ever since Kwame Nkrumah, Ghana's first president, invited his classmates from Pennsylvania's Lincoln University to come home with him to help build Africa, African-Americans have been coming to Ghana to visit, work, volunteer, invest or live in what has become the quintessential African homeland. Now Ghana, a poor country eager for more American tourists, donors and investors, is about to make life even easier for its far-flung black diaspora: It plans to soon offer slave descendants lifetime visas or even dual Ghanaian-U.S. citizenship.
Click Here :Africa-Ghana Opens Doors
Posted by KNN-AHTUR KEYMAH at 10:49 AM No comments:

More Flooding in US

New England rain, flooding ‘going to get worse’-State of emergency declared in N.H. and Mass. as rain swirls over region-MSNBC News Services Updated: 12:11 p.m. ET May 15, 2006
PEABODY, Mass. - A four-day deluge has turned streets into rivers across New England, flooding homes up to their door knobs, forcing dozens of schools to close because the buses couldn’t get through, and threatening dams and communities as rivers rise.
The rain was still falling Monday morning, and forecasters warned the worst was yet to come. The rain totals could hit 15 inches by afternoon, triggering the worst flooding in some areas since 1936, the National Weather Service said.
The Merrimack River, which chased more than 100 people from homes in Manchester, N.H., was more than eight feet over flood stage early Monday and rising, and the Charles and other large rivers could swamp entire neighborhoods if they spill their banks. “This is the tip of the iceberg. It’s going to get worse,” Massachusetts Emergency Management Agency spokesman Peter Judge said Sunday. “We fear that 15 rivers will be pushed over flood level or right up to flood level.” Click here for complete article: http://www.msnbc.msn.com/id/12786790/?GT1=8199
Posted by KNN-AHTUR KEYMAH at 11:25 AM No comments:

Being Israeli is music to his ears 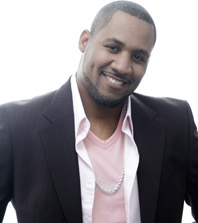 By Viva Press May 14, 2006
As he performs his soulful number at the upcoming Eurovision Song Contest in Athens on May 18, 34-year old Eddie Butler will not just be representing his country, but the unique community in which he grew up. Butler may not look the part, but he is a native son of Israel - born in the Negev. Butler's parents are Americans, and members of the Black Hebrews African-American community that believes they are a lost tribe of Israel. His mother and father came to Israel for a visit 37 years ago and decided to stay. "I'm more than happy to represent the country I was born in. I love Jerusalem, I love Israel, I live for this country," Butler told ISRAEL21c. "This is my home." For Full Article:Click here: Israel21c
Posted by KNN-AHTUR KEYMAH at 3:30 PM No comments:

7-Up Ad Claims Soda is '100 Percent Natural'-Group Threatens to Sue Beverage Maker for Using the Healthy Title-ABC News by Lisa Stark
May 11, 2006 — Amidst the juices and waters you might choose when looking for a healthy beverage, you probably wouldn't think to grab a soda to satisfy that thirst. But can you? The makers of 7-Up are now promoting the carbonated beverage as "100 percent natural," and a non-profit group wants the ads changed.
The Center for Science in the Public Interest says the ad is misleading, and wants the company to be honest with consumers. The lemon-flavored drink contains high fructose corn syrup, which they say is artificially made by extracting starch from corn and altering it with enzymes or acids.
Cadbury Schwepps, the maker of 7-Up, and says it is in fact natural, because sugar made from corn is made virtually the same way as many ingredients that are called natural.
Define Natural? Click Here:http://abcnews.go.com/WNT/story?id=1951838
Posted by KNN-AHTUR KEYMAH at 3:15 PM 2 comments: