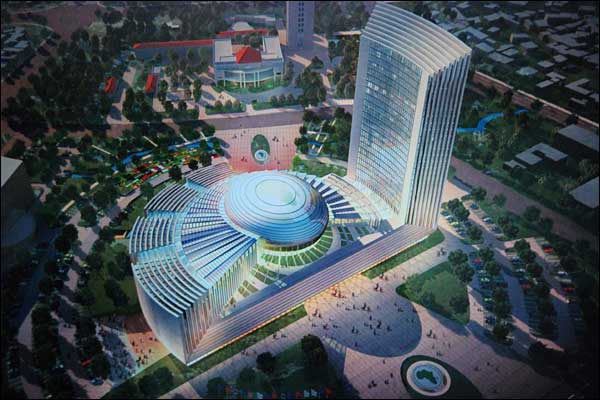 When China broke ground last month on a $120 million headquarters for the African Union, the chief organization of African nations, Wu Bangguo, one of China’s top leaders, called the gift “another example of the growing friendship between China and Africa.”

The sleek, glass-and-steel building will offer a concrete symbol of warming ties between China and Africa.
China’s investment in Africa has surged in recent years and trade between China and Africa is expected to reach $100 billion this year, surpassing the United States for the first time, according to Chinese experts.
Beijing’s motivations, however, are less clear. China has characterized the burgeoning relationship as benevolent, a rising tide that is spurring African development and sating Chinese demand for energy and raw materials.
But China’s spending spree is also redrawing political alliances and some analysts say they fear the United States is losing influence on the continent.
In July, Eric Edelman, the U.S. undersecretary of defense for policy, told the Senate Foreign Relations Committee that “China’s full court press to establish influence and connections in Africa and Latin America may be seismic in its future implications for the United States.”
Other experts say they worry that China’s trade is undermining international efforts to promote political change in Africa. Activists argue that China’s investments in Sudan — where China has financed close to $1.3 billion of infrastructure projects in recent years — have weakened global efforts to enforce peace in the restive Darfur region, for example.
While China “looks at Africa strategically as a continent that has resources that it needs to drive its economy forward,” concern has grown in the United States and Europe that Beijing’s influence will have negative effects, said Wenran Jiang, a Univ ersity of Alberta political economist.
“There are some people who argue that China has an evil design in terms of geostrategic gains,” Jiang said.
China’s growing presence is on display throughout Africa. Between 2001 and 2007, China’s trade with the continent grew from $11 billion to $73 billion annually, while Beijing’s aid to African states nearly doubled.
In 2006, which Beijing dubbed the “Year of Africa,” Chinese companies spent more than $7 billion in the continent. Last year, they invested another $4.5 billion on projects to build railroad lines, roads, hydroelectric plants and other operations, according to an August report by the World Bank.
But concerns persist that China’s basic tenet of non-interference in the affairs of foreign governments has undermined efforts to stamp out corruption and end bloodshed in Africa. U.S. companies, for example, were forced to leave Sudan in the 1980s because of civil war and sanctions imposed by Washington.
Chinese firms face no restrictions from Beijing and have taken advantage of the lack of competition. Chinese companies have financed more than a billion dollars of infrastructure projects in Sudan.
Activists argue that the investment has weakened attempts by nations, including the U.S., to force Sudan’s leaders to end fighting in its Darfur region, which has killed at least 200,000 people.
As Sudan’s leading trade partner and major investor, China “provides Khartoum with the resources needed to carry out violence against the people of Darfur,” the nonprofit groups Save Darfur Coalition and Dream for Darfur said in a March statement.
For their part, Western companies worry that Beijing’s growing influence might help China win lucrative contracts. Several major oil companies have said that Beijing has used its political clout to win business for Chinese state-owned firms.
The New York-based U.S. Council on Foreign Relations found in a 2006 report that Chinese “soft loans” and other incentives “bolster its competitive advantage” in acquiring natural resources.
U.S. and European firms developed promising African oil fields and mineral deposits many years ago and control the most lucrative areas. But many African leaders are grateful for China’s growing role and might be swayed to favor Chinese firms in the future, said Chris Alden, a director at the South African Institute of International Affairs.
“Right now, the best natural resources are still in Western hands, but that can change and maybe we’re seeing the beginning of that change,” he said. 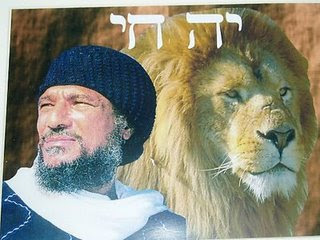 Forty years after arriving in Israel as self-identified descendants of the Tribe of Judah, first member of Israelite community gets letter from Interior Ministry approving request for citizenship. Ministry says more approvals to follow.

Director-General of the Interior Ministry Arieh Bar said granting members of the community the promised citizenship was a bold decision on the part of Interior Minister Meir Sheetrit.

"Hallelujah, Hallelujah," members of Dimona's Black Hebrew Israelite community sang out after one of them received a notification that he was eligible for Israeli citizenship. The first of the Black Hebrews arrived in Israel from the United States and Liberia in December 1969, claiming to be the descendants of the Tribe of Judah.

Upon their arrival the Hebrews settled in the southern communities of Dimona, Mitzpe Ramon and Arad, and have struggled extensively in an attempt to gain recognition from the State of Israel.

Only in August 2003 did the Black Hebrew Israelites get the news they were waiting for when then- Interior Minister, Avraham Poraz granted them the status of permanent residents.

In 2004 members of the community, both men and woman, for the first time joined the Israel Defense Force and began fulfilling their civil duties.

On Monday, 62-year-old Elyakim Ben-Israel made his way to the post office to collect a letter sent by registered mail. When he opened the letter, Ben-Israel was delighted to find a summons from the Interior Ministry inviting him to go pledge allegiance to the State of Israel and its laws. "I jumped for joy and ran to the community and we all laughed and cried," Ben-Israel said on Monday.

The Interior Ministry said on Monday that more members of the Black Hebrew community can expect to receive citizenship approval letters.