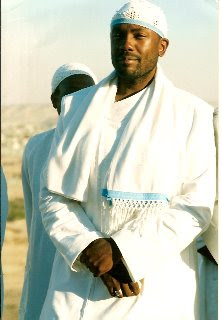 The Prophetic Priesthood sends divine seasons greetings to all of the families of the Earth seeking truth and harmonizing with life.

All over the world conscious people are celebrating the new years arrival as of sunset 25 March 2009 according to the Lunar /Hebraic cycle.

As the spring brings with it much anticipated joy and expectation we can also witness the blossoming of plants and the budding of trees as an eternal testimony of new life acknowledging the New Year.

“This month shall be unto you the beginning of months. It shall be the first month of the year to you.”
Exodus 12:2

"The creator ordered the New Year to begin in a specific season, in harmony with His Holy Will. This season arrives with the first month of the Hebraic calendar (Aviv), which in itself means, “Spring.” This is a time when nature (after the rains) is bringing forth new life everywhere. The accelerated blossoming of the trees and flowers, the increased pleasant songs of the birds and the intensifying warm weather signal the distinctive changes occurring within nature.

In conjunction with these manifestations, spiritually, the sacred seeds (Words of Truth) that were ingested in our minds during the Autumn planting season (Shabaton Zecaron Thruah - Yom Kippur - Succoth) are now in this New Year germinating through energized thought and conceptualization, springing forth into action and creating a new conscious reality for those who were receptive and cultivated these sacred seeds.

To bring further clarity we can study the word “year” according to its Hebraic thought. In Hebrew, “year” is “sha-nah” and means “change, teach, learn, repeat and year.” Sha-nah is a repeated cycle of principle instruction and learning which brings about principal change, suggesting a cyclic return of Yah’s intellectual light and knowledge upon all men bringing forth a new blessed expectation for the Adamic family."
a
Quote from - The Prophetic Priesthood Holy Day Booklet


Have a Happy New Year and a Blessed Holy Day Season
Posted by KNN-AHTUR KEYMAH at 8:30 AM 2 comments:

Sat. March 28th at 8:30 p.m. is Earth Hour - Communities Worldwide to shut off lights for one hour
by Zarakyah Ben Ahmadiel
Office of Environmental Affairs


On Saturday, March 28, 2009, at 8:30 pm, Soul Vegetarian Restaurant will be taking part in what promises to be an amazing an inspiring event in the fight against climate change—Earth Hour, sponsored by the World Wildlife Fund.

By simply turning off all non-essential lighting for one hour at our locations and facilities across the world, we will join tens of millions of concerned citizens and corporations throughout the world in calling for action to save our planet for future generations.

Earth Hour started in 2007 in Sydney, Australia with 2.2 million homes and businesses turning off their lights for an hour. By 2008, this movement had grown into a global campaign with over 50 million participants throughout the world. This year, over 1 billion people are expected to participate. Even international landmarks such as the Golden Gate Bridge in San Francisco, Rome’s Colosseum, the Sydney Opera House and the Coca Cola billboard in Times Square will stand in darkness.

Earth Hour represents the world’s attempt to stem the overwhelming tide of global warming and energy overconsumption. In this alarming show of symbolic solidarity, The Kingdom of Yah will raise the standard by introducing the B’rasheet idea into the environmental consciousness of the world. By our participation in this global trend, we can present the international landmark of Soul Vegetarian Restaurant to the world and the global city of Dimona, Israel can join international cities the likes of Beijing, Cape Town, Copenhagen, Edinburgh, Helsinki, Hong Kong, Kuala Lumpur, Las Angeles, London, Manila, Mexico City, Moscow, New York, Paris, Rio de Janeiro, Rome, and Toronto.

As the stewards of The Creation, we must come to understand the impact of our actions in the continued sustenance of the earth and its inhabitants. Currently the U.S. consumes 4,000 terawatt-hours of electricity per year (TWh/yr) That's 4,000 billion kWh/yr. Americans use more electricity per capita than almost anyone else on the planet. Our usage of electricity is derived primarily from non-renewable and ecologically destructive sources such as oil, coal, and nuclear power. In particular, restaurants use five times more energy per square foot than other commercial buildings, consuming roughly 500,000 kWh of electricity. Therefore, albeit small, the impact of Soul Vegetarian International turning the lights out for at least an hour is quite significant. We must further understand that the consumption of energy by way of the usage of electricity not only puts the environment at risk, but also millions of lives that are affected by the extraction of the base resources and the socio-political consequences, i.e., Darfur, Iraq, etc.

It is written that Israel’s responsibility is to be an example, an ensign to the nations. In the Hebraic understanding, not only does this represent the presentation of Yah’s Image, but also infers the actual embodiment of an idea. Furthermore, from the word tmunah, we are also reminded that we have a peculiar responsibility. We must come to understand that our portion is not like the others, that we must recognize our charge to protect the varied species that compromise Yah’s Creation. In this instance, with the provocative similitude of our collective participation in Earth Hour, our charge to be the light of the world will be best illustrated by turning the lights off.

“The portion of Jacob is not like them; for he is the former of all things: and Israel is the rod of his inheritance: the LORD of hosts is his name”
Jeremiah 51:19

At Soul Vegetarian East in Chicago, we will host a special candlelight dinner in honor of Earth Hour. From 8:30 until the closing of the restaurant, we will have live acoustic entertainment from renowned soul singers Yaw and Khari Lemuel and an informative presentation on the importance of environmental consciousness by Zarakyah Ben Ahmadiel.
Posted by KNN-AHTUR KEYMAH at 7:28 PM 2 comments:

Soul Vegetarian is the kind of place that you go to do one thing, and one thing only: eat delicious Southern food
by Dustin Garrett Rhodes
FriendsofAnimals.org

The U.S. capital is home to many a vegan. But who knew? For Washington has a dearth of vegan restaurants. I moved here from a much smaller, Southern city that features inventive, delicious vegan food at practically every restaurant in town. Not that there isn’t inventive and fantastic vegan food in DC; but you do have to look a little harder.

A Southerner born and raised, I live for Southern-inspired vegan food. It’s my cultural identity, and my culinary passion. Think sautéed kale and collards, barbequed tofu, sweet potato biscuits, vegan macaroni and cheese and corn bread -- my mouth waters as I write. In Washington, D.C., there’s one place to get the ultimate vegan comfort food: Soul Vegetarian.

Located in the historic Shaw neighborhood, on Georgia Avenue opposite Howard University, Soul Vegetarian is one of a chain of fourteen restaurants in places around the globe. With its soy milkshakes, cheese-steak sandwiches with grilled peppers and onions and all kinds of greens and barbequed things, the menu at first seems the opposite of health food, but it’s completely free from animal fat. This is the kind of food that you can eat now and then just because it tastes outrageously good. 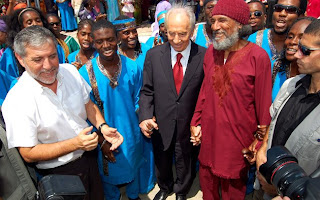 Elyahkeem Ben Yehuda could have become another statistic, growing up poor, black and fatherless on the west side of Chicago during the 1950s.

But he never had a run-in with the law, nor did he see the inside of a jail cell, until he moved to Israel to join the African Hebrew Israelite community. “I had to come to Israel to get my first experience in jail,” he said. “But in those days, that was like a badge of honor, to be arrested for God and His people.”

Last month, the 62-year-old Ben Yehuda — father of 10 children and husband of 3 women — became the first member of his community to gain full Israeli citizenship. Looking back on the hurdles he overcame since his 1971 arrival, Ben Yehuda mused, “I can only describe this journey in relationship to my forefathers,” referring to Abraham, Isaac and Jacob. “They were able to endure. As long as we put fulfilling the will of the God of Israel first, there’s no challenge that we can’t overcome.”

The past year has brought even greater acceptance for the Black Hebrews. In August 2008, Israel’s president, Shimon Peres, celebrated his 85th birthday in Dimona, where he visited their settlement, the Village of Peace, and was effusive in his praise of Ben Ammi and his people. “Your community is beloved in Israel,” Peres said. “You give the country happiness and song and hope for a better world.” He assured the Black Hebrews that Israel does not tolerate discrimination, and he pledged to facilitate their transition to citizenship. “Our hands are in yours; your destiny must be our destiny,” Peres said.