A study published in the March 2004 issue of Medical Science Monitorreported that 2 tablespoons a day of olive oil added to an otherwiseunchanged diet in 28 outpatients, ranging in age from 64 to 71,resulted in significant drops in total and LDL cholesterolPublished studies link the judicious use of olive oil to reducing theeffect of a growing list of ailments. For example, Greek women have a42% lower rate of breast cancer than women in the U.S.Olive oil is recognized as important in maintaining metabolism andcontributes to the development of the brain and bones in children. Itis also recommended as a source of vitamin E for older people. Anatural anti-oxidant, olive oil slows down the natural aging process.It also slows down acid overproduction in the digestive system therebyreducing the risk for ulcers and other gastrointestinal problems. There is also a low incidence of skin cancer among Mediterraneanpopulations, and olive oil consumption could be a contributing factorto this low skin cancer rate. Olive oil contains significantly higheramounts of Squalene than other seed oils, and Squalene is to a largeextent transferred to the skin. German researchers believe that thistransfer mechanism is probably accomplished by scavenging singletoxygen generated by ultraviolet light. Japanese scientists also claimthat virgin olive oil applied to the skin after sunbathing couldprotect against skin cancer by slowing tumor growth.The Wholefood Farmacy’s Heart of Gold is made from Extra Virgin OliveOil, Walnut Oil, Avocado Oil, Grape Seed Oil, Orange Oil, & 24 CaratMedicinal Gold. Use it as a sop for whole grain breads, make your ownsalad dressings or pour it on raw or steamed veggies! Rejuvn8 is a refreshing whole food skin cleanser made from 100% coldpressed Extra Virgin Olive Oil, Grape Seed oil, Sesame Seed Oil, SeaSalt, and Real Lime. It is excellent for deep cleansing andre-hydration of the face and body.Pamper yourself, inside and out, with nature’s gift from the olivetrees. I hope this information helps you.
May you always be Blessed with Optimal Health,Dr. Baruch, Founder of Everlasting Lifeeatthecure@drbaruch.comwww.drbaruch.comThe Wholefood Farmacy Team
Posted by KNN-AHTUR KEYMAH at 8:45 PM No comments:

How Long Will America Lead the World?

The United States is still the dominant force in technology, innovation, productivity and profits. But Americans don't quite realize how fast the rest of the world is catching up. Newsweek-June 12, 2006 Issue
Much of the concern centers on the erosion of science and technology in the U.S., particularly in education. Eight months ago, the national academies of sciences, engineering and medicine came together to put out a report that argued that the "scientific and technical building blocks of our economic leadership are eroding at a time when many nations are gathering strength." There are some who see the decline of science and technology as part of a larger cultural decay. A country that once adhered to a Puritan ethic of delayed gratification has become one that revels in instant pleasures. We're losing interest in the basics—math, manufacturing, hard work, savings—and becoming a postindustrial society that specializes in consumption and leisure. "More people will graduate in the United States in 2006 with sports-exercise degrees than electrical-engineering degrees," says Immelt. "So, if we want to be the massage capital of the world, we're well on our way." America's problem right now is that it is not really that scared. There is an intelligent debate about these issues among corporate executives, writers and the thin sliver of the public than is informed on these issues. But mainstream America is still unconcerned. Partly this is because these trends are operating at an early stage and somewhat under the surface. Americans do not really know how fast the rest of the world is catching up. Our greatest danger is that when the American public does begin to get scared, they will try to shut down the very features of the country that have made it so successful. They will want to shut out foreign companies, be less welcoming to immigrants and close themselves off from competition and collaboration. Over the past year there have already been growing paranoia on all these fronts. If we go down this path, we will remain a rich country and a stable one. We will be less troubled by the jarring changes that the new world is pushing forward. But like Britain after Queen Victoria's reign, it will be a future of slow, steady national decline. History will happen to us after all.
Click Here: http://msnbc.msn.com/id/13123358/site/newsweek/
Posted by KNN-AHTUR KEYMAH at 7:58 PM No comments: 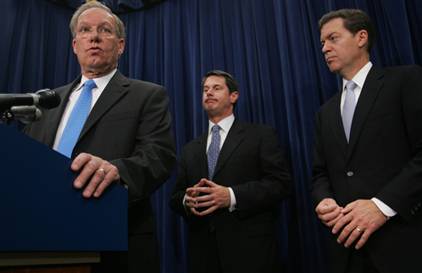 WASHINGTON - The Senate on Wednesday rejected a constitutional amendment to ban gay marriage, dealing a defeat to President Bush and Republicans who hope to use the measure to energize conservative voters on Election Day. Democrats said the debate was a divisive political ploy. “The Republican leadership is asking us to spend time writing bigotry into the Constitution,” said Sen. Edward Kennedy of Massachusetts, which legalized gay marriage in 2003.
“A vote for it is a vote against civil unions, against domestic partnership, against all other efforts for states to treat gays and lesbians fairly under the law.” Click Here: http://msnbc.msn.com/id/13181735/
Posted by KNN-AHTUR KEYMAH at 7:38 PM No comments:

Making the transition to Wellness

By Ahturah Malcah-St. Louis
Everything on this planet is a by-product of some ones thinking. Health also begins in the mind. Once you have determined in your mind to obtain and maintain good health, the battle is won.

“The longest journey begins with the first step”

It is the start that stops most people. Whatever you commit yourself to, will happen. People willing to help, will be drawn to you. Information will come to you. You will suddenly have the time you thought was not available.

The world is stricken with degenerative diseases. Over ninety percent of these maladies come from poor food choices. The Standard American Diet, SAD, is extremely unhealthy. The American diet is high in fat, processed foods, refined sugars, salt, preservatives, and chemicals. This way of living (dying) is killing us.

Our grandparents ate fewer animal products due to the expense of meat, and exercised more than the current generation. Do you ever wonder how much longer our grandparents might have lived had they not changed to an animal based diet in their later years? We now see chronic diseases in our children. This is insanity.

Making the transition will not be easy. Many special interests are betting you will continue down the same path of diet, disease, and death. Billions of dollars are spent annually to condition you into thinking disease and death is normal. Do we need another commercial touting the benefits of a pill while it destroys our organs? What we require is someone to teach us how to return to the proper diet and lifestyle that will lead to longevity and quality of life.

“Your health is your wealth”. Just think about all the rich and famous personalities that died prematurely. Their money could not save them, but a new understanding could. We teach holistic health and nutrition that promotes life and eliminates disease. We recommend a plant-based diet rather than an animal-based diet.

Many people desire a healthy lifestyle but do not know how to get started. We can help you through awareness and education. We encourage you to take the first step. Please contact us at 314-837-9777 for further information or e-mail us at fisherwellness@sbcglobal.net.
Posted by KNN-AHTUR KEYMAH at 9:42 AM No comments:

Cleveland braces for another deadly summer

Five people killed in separate slayings across Cleveland
Sunday, June 04, 2006
Donna J. Miller and Steve LuttnerPlain Dealer Reporters
In less than 48 hours, four men and a teenage boy were killed in unrelated homicides in Cleveland. A 48-year-old man died at Huron Hospital on Saturday after he was shot in a driveway in the 1900 block of East 89th Street. Police did not disclose the man's name because relatives had not yet been contacted.
The man was working on a vehicle in the driveway about 6:15 p.m. when someone approached, fired several shots at him and then fled, said Sgt. Dan Galmarini, a police spokesman. About 15 hours earlier, several men pulled Dawud Salim, 37, from his car, which was stopped at a red light on Lorain Avenue at Fulton Road, Galmarini said.
Salim was beaten and stabbed in the chest before he was able to get back into his car. The unknown assailants were driving a red or maroon car, a witness told police.
About 1:15 a.m. Friday, Russell Sutich, 30, was shot several times when he tried to break up a group of men loitering or dealing drugs outside Helen's Tavern on Storer Avenue. Neil Losch, 22, is charged with aggravated homicide. A possible accomplice, Gregory Sheppard II, 19, was in police custody on Saturday.
At 10:40 p.m. Friday, Davontae Pearson, 15, of Warrensville Heights, was fatally stabbed by a man who told police that he was defending himself against Pearson and two other teens who jumped him in the 3900 block of East 146th Street, Galmarini said.
The man, 29, also stabbed one of the 17-year-olds who was with Pearson. William Price is recovering at MetroHealth Medical Center. The man said he was walking home from work and had the knife for self-defense. He was arrested, but not charged, while detectives investigate.
In the fifth homicide, police are looking for Kevin L. Nance, 31, a suspect in the fatal shooting of Lambert C. Collins Jr., 36. Collins was shot about 9:30 p.m. Thursday while arguing with another man on a Colgate Avenue front porch.
Posted by KNN-AHTUR KEYMAH at 4:17 PM 1 comment: 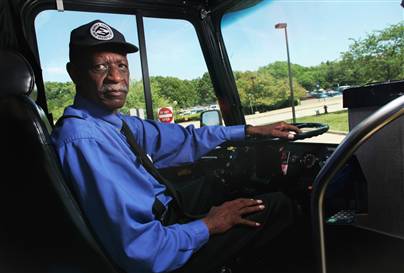 Poll respondents relay optimism, disappointment in themselves By Steven A. Holmes and Richard Morin-Washington Post
Black men in America today are deeply divided over the way they see themselves and their country.
Black men report the same ambitions as most Americans -- for career success, a loving marriage, children, respect. And yet most are harshly critical of other black men, associating the group with irresponsibility and crime.
Black men describe a society rife with opportunities for advancement and models for success. But they also express a deep fear that their hold on the good life is fragile, in part because of discrimination they continue to experience in their daily lives.
Click Here: http://www.msnbc.msn.com/id/13123005/
Posted by KNN-AHTUR KEYMAH at 5:07 AM No comments: