Making Friends Can Cause You To Live Longer
by S. L. Baker, features writer
NaturalNews.com

The new study, published in the July 9th issues of the journal Cell found that when mice with cancer were given enriched living conditions and a boost in their social life, their tumors shrank -- and some of their cancers disappeared completely.

That's powerful evidence, the scientists say, that social connections and an individual's mental state, play an important role in the way the body responds to malignancies. "Animals' interaction with the environment has a profound influence on the growth of cancer -- more than we knew was possible," Matthew During, who headed the study, said in a statement to the press.

The lab rodents were originally housed in groups of about five, given all the food they wanted and allowed to play all day. However, for the research project, mice with cancer were placed in an even better, enriched environment. They had bigger living groups with 15 to 20 other animals to interact with. They also had more space and extra toys, hiding places and running wheels.

During and his colleague, Lei Cao, found that malignant tumors in animals living in this enriched environment started to shrink. In fact, tumors decreased by an impressive 77 percent in mass and decreased in volume by 43 percent, the researchers report. Moreover, five percent of mice with cancer showed no evidence of the disease at all after just three weeks of living in their new home. That seemingly spontaneous cancer cure never happened in control animals kept in standard housing.

So what specifically is going on here that impacts cancer? Animals in a regular mice environment in the lab who exercised more didn't experience improvements in their cancer, so the scientists say more exercise isn't the total explanation. Instead, they think the complex social dimension in the new living arrangement was apparently the key.

The enriched living environment appears to have sparked more, but apparently cancer-fighting, stress in the cancer-stricken mice. The animals showed higher levels of stress hormones called glucocorticoids. What this means, the researchers said in statement to the media, is that low levels of stress, or certain kinds of stress, are probably beneficial.

100 days of oil: Gulf life will never be the same

A gut-wrenching time for folks who work, play and live along the Gulf Coast
By Greg Bluestein, Mary Foster and Tamara Lush
Associated Press

A hundred days ago, shop owner Cherie Pete was getting ready for a busy summer serving ice cream and po-boys to hungry fishermen. Local official Billy Nungesser was planning his wedding. Environmental activist Enid Sisskin was preparing a speech about the dangers of offshore drilling.

Then the oil rig Deepwater Horizon exploded off the coast of Louisiana, and in an instant, life along the Gulf Coast changed for good.

Pete spends her days worrying that the fishing industry may never recover. Nungesser has put his wedding on hold while he sits in meetings and argues with federal officials. And Sisskin continues to talk about the dangers of drilling — only now, people are listening.

The 100 days since the April 20 explosion have been a gut-wrenching time for folks who work, play and live along the Gulf Coast. The Gulf is a sanctuary for some, an employer for others, and now, a tragedy.

These are their stories. 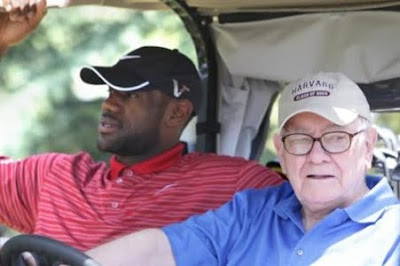 Over the past year, the public images of Tiger Woods and LeBron James, who are not only professional athletes but lucrative brands, have been irrevocably tarnished. Likewise, Wall Street firms such as Goldman Sachs, which were once revered, were helped by government bailouts, their ethics called into question.

Todd Harrison, founder and CEO of Minyanville, tells Tech Ticker that the perception of the American icon, particularly in the sports world, crumbled with the stock market. He says that the recession and society's recent cynicism toward athletes and bankers are connected.

Harrison's argument is based on socionomics, a theory by Robert Prechter, a prominent stock market analyst and occasional guest on Tech Ticker. Prechter hypothesized that social mood drives economic and political activity, not the other way around as commonly believed.

According to socionomics, a person's decision making process is influenced by what is happening in their environment and their choices impact the market. He would say that the stock market crash did not cause the recession, rather the recession caused the stock market crash. Furthermore, it was an overall change in public attitude, a rise of pessimism and distrust in public figures, which sank the economy.

Americans Fed Up With Their Athletes

Sports traditionally provided Americans with an escape from turmoil going on in the country, something relaxing to watch for a couple hours. Harrison says that in today's tense social and political climate, the lurid scandals and massive pay checks that have become standard in professional sports are no longer acceptable. People are fed up with athletes and are rejecting their wealth.

"When you have these high profile brands like these athletes, that are going out there and grand standing for a $100 million contracts, it's going to rub people the wrong way," Harrison says.

Rejecting Wall Street in an Age of Austerity

The social mood is similarly negative toward bankers. Once considered to be at the pinnacle of society, they are now regarded as reckless, greedy and sometimes criminal. Warren Buffett, who was for years considered the patriarch of finance, has even come under question for his close relationship with Goldman Sachs and Moody's. Harrison says that this shift is part of a movement toward austerity.

"Money can buy a lot of things, but it can't buy public opinion," Harrison says. "Free will is going to be free will. That's endemic of a much larger shift for the economic social movement."
Posted by KNN-AHTUR KEYMAH at 7:50 PM No comments:

Texting as main source of communication? 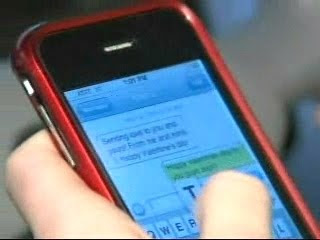 Is texting the new form of communication?
By Tara Twietmeyer
NewsNet5.com

Why can’t he just pick up the phone and call me? How on earth is anyone supposed to get to know someone in 160 characters or less?

More and more, women are talking about men using text messages these days as their main source of communication in relationships.

And guess what guys? Many women are calling it an “unsettling” trend, saying they almost always prefer a phone call and are sick and tired of all the beeping and dinging!

“I understand if it is just a quick text to say, 'Hey' or 'I’m running late,'" said Leigh Walsh, a resident of Phoenix, Arizona, and single mom. “But, what drives me crazy is when it is a full on conversation over texting. It is so impersonal and quite frankly, annoying."

More often than not, women say they know what kind of mood a man is in by listening to the tone of a voice. But how is a woman supposed to do that over text messaging?

Texting has become the new form of communication, but is it going too far? Texting is great for a quick message, but it’s becoming the only way of communication. Now that the phones offer keypads, it just gets easier and more convenient to text message rather then picking up the phone, but it’s not as personal.

2.5 billion text messages are sent each day in the US. Most of the text messaging is being done by 13-17 age range. The next most popular age is 18-24. The average text message used each month is 357 compared to 204 phone calls. Text messaging is replacing talking, and hindering the ability to form a face-to-face relationship. Some of the concerns are that kids are not learning to communication with people directly.
Posted by KNN-AHTUR KEYMAH at 2:39 PM No comments: