The Renewable Energy and Sustainable Living Summit at the Village of Peace in Dimona, Israel 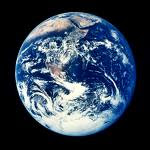 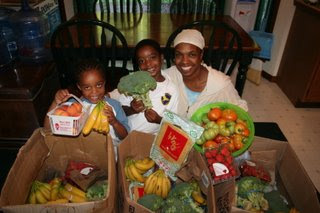 So what’s a carbon footprint, and what does that have to do with the food you eat? When fossil fuels are burned, carbon dioxide is released into the atmosphere. Greenhouse gases are the primary cause of global warming, and each year the average American household emits, through heating the house, cooking food, running appliances, etc., 55,000 pounds of carbon into the atmosphere. The amount of carbon dioxide we leave behind is referred to as a carbon footprint.

There are many choices we can make each day to help reduce our individual carbon footprint.

One choice people can make is to switch to a more vegetarian-based diet, which is also known to help prevent chronic disease, diabetes, hypertension and certain types of cancer. Consider this:

- For each pound of animal food produced, a farm field will lose about five pounds of topsoil. As the soil erodes, so do the minerals in the soil, thus making our food less nutritious.

The African Hebrew Israelite Community maintains a vegan diet and grows most of its own organic produce, citing Genesis 1:29,
"And God said, Behold, I have given you every herb bearing seed, which is upon the face of all the earth, and every tree, in the which is the fruit of a tree yielding seed; to you it shall be for meat.”
They practice abstention from alcohol, other than wine that they make themselves, and both illegal and pharmaceutical drugs, so as to stay within the cycles of life. The group also owns and operates a chain of vegan-vegetarian restaurants throughout the world. Adult members exercise three times a week, and are advised to have at least one full-body massage each month for its health benefits.
In 1998, doctors visited the community in Israel and found that only 6% of the members suffered from high blood pressure, compared to 30% of African Americans. Furthermore only 5% of their members were obese, compared to 32% of black men and half of black women in America. The doctors concluded, "These changes in lifestyle might prevent chronic disease in American blacks, but would be hard to achieve without the unifying power of community, spirituality, and concern for the environment."

If you want lower your carbon footprint, try eating more vegetarian meals each week. It is important to become responsible global citizens. By making small changes to your diet, you will be helping not only yourself, but also the planet that nourishes you and all those you love.
Posted by KNN-AHTUR KEYMAH at 9:19 AM 3 comments: 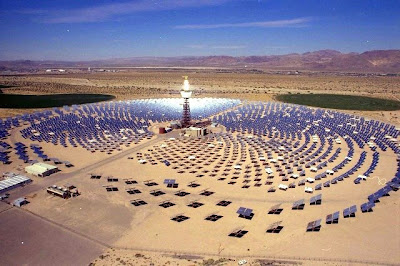 A new study from Greenpeace, the European Solar Thermal Agency, and the International Energy Agency’s SolarPACES Group has shown that concentrated solar power (CSP) could generate a quarter of the world’s energy needs by 2050–and create thousands of new jobs and prevent millions of tons of CO2 from being released.

CSP uses mirror to focus sunlight on water. The reaction creates steam that turns turbines and generates electricity. Unlike photovoltaic solar panels, CSP only works in places with reliable sunny weather, such as parts of the southern U.S., North Africa, Mexico, and India.

Sven Teske, co-author of the study, estimates that current investments in CSP ($2.8 billion) could grow under a moderate scenario to over $11 billion by 2010 and produce 7% of the world’s electricity generating capacity. By 2050, investments could grow to $93 billion. This all assumes, of course, that political and investment barriers are removed in short order. But even in a modest scenario, CSP could grow to 830GW of installed capacity by 2050, providing 12% of the world’s power needs. Combined with geothermal and wind farms, alternative energies could provide a significant portion of our overall energy needs in the next few decades.
Posted by KNN-AHTUR KEYMAH at 2:24 PM No comments: